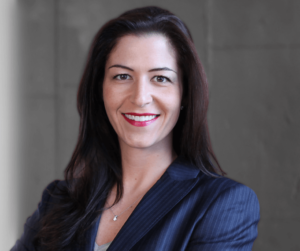 After interning with the New York County Defender Services and the Hofstra University Criminal Justice Clinic (where she received the highest honors), Ms. Hascup formally began her legal career in 2004 at a prestigious criminal defense firm in Monmouth County, New Jersey. There, she was exposed to a wide range of cases, including shoplifting and theft crimes, weapons offenses, sexual offenses, and DWIs. She assisted in the representation of individuals charged with criminal offenses at the Federal and State levels, as well as the representation of public officials and law enforcement officers charged with criminal and administrative offenses.

In 2007, she joined a prominent criminal defense firm in Essex County, New Jersey. During her time there, she continued to successfully defend individuals throughout the State of New Jersey, including those charged criminally at the federal level with offenses such as Racketeering, Bank Fraud, and Drug Distribution, at the State level with offenses including Homicide, Terroristic Threats, and Aggravated Assault, and at the Municipal level with DWIs and traffic violations. She also continued to successfully represent law enforcement officers charged with administrative offenses.

Ultimately, in 2009, Ms. Hascup joined the Morris County Prosecutor s Office as an Assistant Prosecutor in the Domestic Violence Unit. She effectively represented the State of New Jersey at trial on a number of domestic violence restraining order violation ( Contempt ) cases and related Assault and Harassment cases before being promoted to the Trial Unit, where she enjoyed immediate success prosecuting defendants for serious indictable/felony-level offenses including Bank Robbery, Armed Robbery, Eluding, Possession of Handguns, Endangering the Welfare of Children, and Aggravated Sexual Assault. She also regularly served in the capacity as an on-duty prosecutor for the Major Crimes Unit, where she was tasked with responding to crime scenes and assisting in the underlying investigations with witness and suspect interviews and Search Warrant preparation.

At the Morris County Prosecutor s Office, Ms. Hascup effectively represented the State of New Jersey at trial where defendants were charged with crimes such as Attempted Murder, Aggravated Assault, Burglary, and Unlawful Possession of Weapons. She skillfully argued a host of motions, handled hundreds of plea agreements, and appeared regularly before the courts for the sentencing of defendants. Her successes were often published in the Star Ledger and the Daily Record. She received global recognition in 2012 for her prosecution of a California man charged with Possession With Intent to Distribute CDS 364 Pounds of Marijuana. Also in 2012, she was sworn in as a Special Deputy Attorney General for the purposes of prosecuting a multi-county Eluding and Burglary case involving known members of the Bloods gang.

In January of 2013, armed with her extensive prosecutorial experience, she left the Morris County Prosecutor s Office to return to private practice, where she aggressively defends juveniles and young adults accused of criminal offenses in courts across New Jersey. She also represents students facing school disciplinary proceedings for alleged violations of student codes of conduct at educational institutions from Bergen County to Morris County and Passaic County to Middlesex county. With office locations in Little Falls, Newark, Morristown, and Camden, Alissa Hascup operates state-wide with a passionate commitment to protecting to rights and preserving the futures of the next generation.

Ryan Grantham, a 23-year-old Canadian actor who has more than 30 credits, including the 2010 movie “Diary of the Wimpy Kid” and recent CW series “Riverdale,” was sentenced by a Vancouver Court this week to life in prison for the murder of his mother, the New York Times reports. The young actor pleaded guilty earlier… END_OF_DOCUMENT_TOKEN_TO_BE_REPLACED