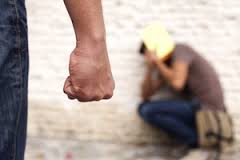 In New Jersey, assault and threat crimes exist on a spectrum. A juvenile, which is anyone under the age of eighteen, can be charged with one of these offenses for conduct that simply places someone else in fear of imminent bodily injury, or that which results in significant bodily injury. Assault and threat crimes can occur in public places, at private homes, in schools, at stadiums and events, in bars, and on college campuses. The victims can be friends, roommates, romantic partners, law enforcement officers, school administrators, or even perfect strangers. When middle school, high school, and college-aged students are accused of bullying, harassment, cyber-bullying, fighting, attacking, or threatening to injure someone else, they can face serious charges in New Jersey. Depending on the age of the person accused of an assault or threat crime, they may face prosecution in the juvenile justice system or the adult criminal justice system. In either case, being found guilty can spell immediate consequences and long-term implications for their future.

Alissa Hascup is a highly skilled criminal defense attorney who regularly advocates for juveniles, students, and other young adults accused of assault and threat crimes in New Jersey. As a former prosecutor in Municipal and Superior Courts, Ms. Hascup is uniquely attuned to the State’s process in formulating and prosecuting these cases. She utilizes this valuable insight to construct thorough and compelling defenses that deliver superior results for her clients. With offices in Little Falls, Newark, Camden, and Morristown, Alissa successfully represents minors, college students at universities like Fairleigh Dickinson, Montclair State, Kean, and Rutgers, and other young adults in courts across New Jersey. She has achieved countless successes in courts in Bergen County, Essex County, Morris County, Middlesex County, and throughout the state. In fact, she was recently named among the 10 Best in Client Satisfaction in New Jersey, by the American Institute of Criminal Law Attorneys. To discuss your case or your child s case with Ms. Hascup today, contact her offices at 862-257-1200 for a cost-free initial consultation.

In the last few years, the issue of bullying and school violence has been thrust into the national spotlight, prompting anti-bullying initiatives, organizations, and policies aimed at combating bullying across the country. According to a report from the National Center on Education Statistics, there were 486,400 violent victimizations (including simple assault and serious violent victimizations) among American students ages 12 to 18 in 2014. In addition, 65 percent of public schools reported at least 1 incidence of violence during the 2013-2014 school year, which amounts to approximately 757,000 crimes. Further, 58 percent of public schools reported at least 1 incident of a physical attack or fight without a weapon, 47 percent of schools reported at least 1 threat of physical attack without a weapon, and 13 percent reported at least one serious violent incident. When these issues arise, those involved can face criminal prosecution, as well as disciplinary action by the school. Notably, the incident need not occur on school grounds to result in education proceedings against the student(s).

Alissa Hascup defends juveniles, students, and young adults charged with a myriad of assault and threat offenses, including:

Juvenile vs. Adult Assault and Threat Charges in New Jersey

If you are charged with an assault or threat crime, your age will determine the legal venue in which your case is adjudicated in New Jersey. Specifically, if you are under the age of 18, you are considered a juvenile, and your case will be heard and decided in the Family Division of the Superior Court in the county in which you live. On the other hand, if you are 18 or older, you are considered an adult, and your case will be tried in the adult criminal justice system. As a legal adult, the degree of the charges will determine whether or not you are tried in Municipal or Superior Court, and to what penalties you are exposed if convicted. If the charges against you are classified as a disorderly persons or petty disorderly persons offense (i.e. simple assault or disorderly conduct), you will be required to appear in the Municipal Court in the town in which the alleged offense occurred. If you are charged with an indictable crime, also known as a felony (i.e. aggravated assault or homicide), your case will be tried in the Superior Court in the county where the charges were filed.

Under certain exceptional circumstances, the State may elect to charge a juvenile as an adult. Generally, this occurs in cases involving defendants who are closer to the age of 18 (they must be over 14), when the nature of the crime is particularly egregious, and/or when the juvenile has been adjudicated delinquent previously and has not responded well to rehabilitative measures. If a prosecutor seeks to charge a juvenile as an adult, he or she must file a formal motion to waive the case up to adult criminal court, and must demonstrate that such a measure would more effectively deter the juvenile from future criminal activity. Due to recent legislative reforms, a prosecutor must file a motion requesting that a juvenile case be transferred to adult court within 60 days of the initial charges being filed. If the case is transferred to adult court, the defendant will face the same penalties as any other adult defendant if convicted.

If you or your child has been charged with an assault or threat crime in New Jersey, contact the offices of Alissa Hascup to discuss your case. Alissa regularly appears in courts in Bergen, Essex, Passaic, and Morris counties. She also assists with disciplinary education proceedings for middle school, high school, and college students. Simply call 862-257-1200 today to receive your cost-free consultation.

Ryan Grantham, a 23-year-old Canadian actor who has more than 30 credits, including the 2010 movie “Diary of the Wimpy Kid” and recent CW series “Riverdale,” was sentenced by a Vancouver Court this week to life in prison for the murder of his mother, the New York Times reports. The young actor pleaded guilty earlier… END_OF_DOCUMENT_TOKEN_TO_BE_REPLACED