Juvenile Defense Attorney in Essex County and Across New Jersey 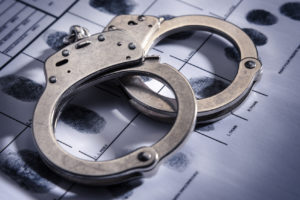 As a juvenile arrested in New Jersey or the parent of a juvenile taken into custody, these moments can be some of the most frightening and uncertain of your life. When a juvenile is suspected of committing an assault crime, a drug offense, a theft crime, or another criminal offense in New Jersey, law enforcement officers will typically bring them into police headquarters for questioning. This is not technically an “arrest,” but it may result in the filing of a criminal complaint which exposes the minor to serious punishments. From this moment forward, you should have an attorney who can protect your rights. The juvenile justice process is highly complex, with nuances governing every stage of these cases, from arrests, to hearings, to sentencing. With an experienced New Jersey juvenile defense lawyer on your side, you can ensure that you are in the best position to achieve a favorable outcome and move forward with your life.

Alissa Hascup is a highly experienced New Jersey juvenile defense attorney who has served on behalf of countless juvenile defendants in courts across the state, including those in Hackensack, Morristown, Somerville, New Brunswick, Elizabeth, Newark, and Paterson. As a former Municipal Prosecutor and Assistant County Prosecutor, she brings invaluable knowledge and unique insight into the juvenile justice process, which she uses to devise the most effective defenses for her clients. Ms. Hascup’s many successes have earned her distinctions, including selection to the Super Lawyers Rising Stars List for Criminal Defense, published by Thompson Reuters. To discuss your case with Ms. Hascup today, contact her offices at 862-257-1200 for a cost-free consultation. The answers you need are just a phone call away.

Questions about Juvenile Arrests and Police Questioning in NJ

In New Jersey, a juvenile is not technically arrested, but instead, is “taken into custody” if he or she is suspected of committing an act of juvenile delinquency. First and foremost, it is important to note that a juvenile in New Jersey is a person under the age of 18. Under New Jersey law, “delinquency” is defined as an act by a juvenile that, if committed by an adult, would constitute a crime (a felony-level offense); a disorderly persons offense; a petty disorderly persons offense; or a violation of any other penal statute, ordinance or regulation. In order to take a juvenile into custody, police must have probable cause to believe that he or she committed an act of delinquency.

So what are the offenses that, if committed by an adult, constitute criminal acts in New Jersey These offenses range from felonies, which are considered the most serious, to petty disorderly persons offenses, which are considered the least serious. Felonies range in severity from first degree crimes such as armed robbery, to fourth degree crimes such as harassment. If you are a juvenile accused of a felony, there is a possibility that the State will file a motion to have you charged as an adult. In such a motion is granted, you will then face prosecution in the adult criminal justice system and you are also exposed to the same penalties as an adult if convicted. In the majority of juvenile cases, including those involving disorderly persons offenses and petty disorderly persons offenses, which are adjudicated in Municipal Court when the defendants are adults, juveniles will have their cases heard in the Family Division of the Superior Court in the county in which they live.

In certain cases involving first-time offenders and juveniles accused of more minor criminal offenses or ordinance violations, police will elect not to file a formal criminal complaint but instead to hold a stationhouse adjustment. This form of resolution usually involves a meeting with the minor, his or her parent or guardian, and the victim, at which time all parties can discuss the offense and the juvenile can make some type of restitution. In a stationhouse adjustment, the juvenile can be required to apologize, to write a book report, to perform community service, to pay restitution to the victim, or some other form of penance that allows the juvenile to avoid going through the juvenile justice process.

If you or your child has been taken into custody, or called in for questioning in connection with an alleged criminal offense in New Jersey, it is critical to have an experienced legal advocate in your corner. Alissa Hascup protects the rights of juveniles arrested and accused of crimes in Bergen County, Morris County, Passaic County, Essex County, Hudson County, and throughout New Jersey. Contact her offices at 862-257-1200 to discuss your case. Initial consultations are always provided free of charge.

Ryan Grantham, a 23-year-old Canadian actor who has more than 30 credits, including the 2010 movie “Diary of the Wimpy Kid” and recent CW series “Riverdale,” was sentenced by a Vancouver Court this week to life in prison for the murder of his mother, the New York Times reports. The young actor pleaded guilty earlier… END_OF_DOCUMENT_TOKEN_TO_BE_REPLACED