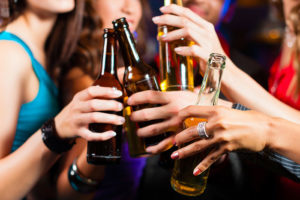 Education officials in Randolph, New Jersey recently ruled that administrators at the township s main high school had legal justification to test several students for drug use and alcohol use.

The testing occurred at the site of a high school football game in Randolph, NJ. According to authorities, someone in the stands at the game threw a beer bottle that nearly struck one of the school administrators. As a result of the incident, Randolph High School officials asked the individual who heaved the bottle to come forward and accept punishment. When no one admitted to the offense, administrators investigated and reportedly noticed more bottles of beer in the bleachers at the game.

Concerned parents complained about the testing and argued that school officials went too far in ordering the drug and alcohol screenings. This prompted an official review by the Randolph Township School District and the Randolph Board of Education. Now the board has ruled in the matter and declared that high school officials had reasonable suspicion that underage students were consuming alcohol.

According to Paterson Police, a trio of teenagers went on a burglary spree in the city. Police say that a third teenager, who escaped when his friends were apprehended after a car chase, was arrested on Friday and charged with the burglary and car-theft incident which took place on Preakness Ave. Police allege that the… END_OF_DOCUMENT_TOKEN_TO_BE_REPLACED